Ben Barber is celebrating his 30th anniversary working at Inovonics 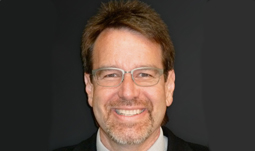 Inovonics is saluting longtime employee and current President/CEO Ben Barber on the occasion of his 30th anniversary at the company.

According to company founder, Jim Wood, the business really took off when Barber was promoted to chief operating officer in 2007, and later elevated to President/CEO in 2012.

“Our company has always had a close-knit, family atmosphere,” said Wood, “but Ben has brought a new level of discipline and professionalism to its management that has really paid off in sales and corporate growth.”

Barber came to Inovonics in 1988, not long after the company’s move from Campbell to the west side of Santa Cruz. Fresh from a missionary assignment at a Christian radio station in Alaska, Barber rapidly became a key figure in the development of new products and manufacturing methods at Inovonics, Wood said. This year marks Barber’s 30-year anniversary with the company, and the company salutes him .